The Outsider's Insider Guide To Portland

[Editor's Note: What follows is an updated version of an old post I wrote during one of the very first Portland Cocktail Weeks. Fast forward a few years, and a few names have changed, but the center still holds.]

While I love Los Angeles and I'm proud of this beautiful city, I will always have a place in my heart for Portland, Oregon, a place I called home for two years. I arrived in PDX at what felt like the beginning of the cocktail movement in the city, back when Kevin was at Park Kitchen and when Clyde Common and Teardrop Lounge all first opened.

With yet another Portland Cocktail Week upon us, I'm going to use this opportunity to showcase a few restaurants in the city. Time and distance have given me a fresh perspective of the city and its culinary offerings. I'm hoping that this guide can also be used for all visitors, even those without boozy intent. This is all from the point of view of an outsider who knows that visitors will want to go to the famous places, but also from the point of view of an insider who is eager to show off some of Portland's hidden gems.

While the Jupiter Hotel might be the focal point of all of the week's events, first time visitors should head west and visit the Ace Hotel, home to Clyde Common. Led by Jeffrey Morgenthaler, Clyde is one of the most influential bars in the country, spawning such techniques as bottling carbonated cocktails to barrel-aging spirit-forward cocktails. As a restaurant, it's a boisterous rendition of a communal dining gastropub, with cuisine that ranges from Italian pasta to Scandinavian smorgasbords and includes a fantastic charcuterie program that eventually became Olympic Provisions. 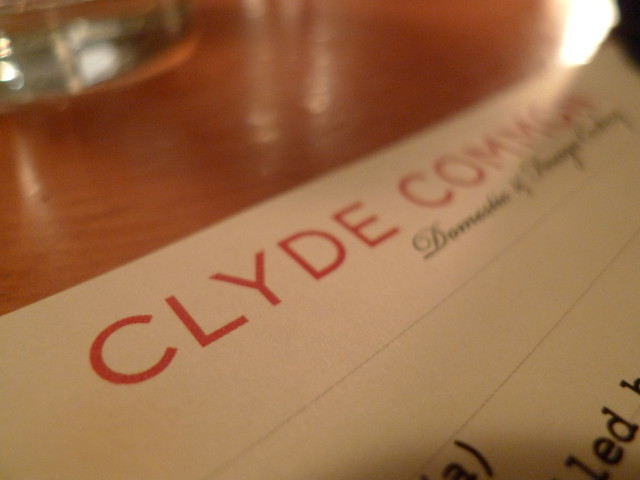 Downstairs is Pepe Le Moko, offering modernized renditions of once-neglected drinks such as the amaretto sour. Unlike the vaulted ceilings of Clyde Common, Pepe Le Moko is cozy and intimate, which makes it a perfect opportunity to get two straws with your grasshopper.

From there, it's a short stumble to Teardrop Lounge, armed with a staggering selection of housemade bitters and tinctures. Without hesitation, I would say that Teardrop is one of the true stations of the cocktail cross. They've even succeeded in turning many bridge-and-tunnel types into fans of the craft cocktails they serve. A martini flight showcases the original Martinez, the 60's era gin martini, as well as Teardrop's own rendition. In addition to a menu of house originals, they also pay homage to many of their peers, showcasing modern drinks from New York, San Francisco, New Orleans and more. The Teardrop Lounge team have even expanded their business into The Commissary, a purveyor offering all manner of juices and syrups and other items necessary to run an artisanal craft cocktail program.

Downtown Portland has quite a collection of food options as well as drinks. SW 10th and Alder is home to numerous food carts, with my favorite being Nong's Khao Man Gai serving Thai-style Hainanese chicken rice. Other fantastic options nearby are Grassa and Tasty & Alder. Pasta reigns supreme at Grassa, while Tasty & Alder takes the small bites concept and applies it to American food. In Chinatown, Mi Mero Mole offers guisado-style tacos along with one of Portland's largest selection of agave spirits. And two of the most beautiful bars in Portland are in Downtown: the upstairs bar of Raven and Rose, known as the Rookery, as well as Multnomah Whiskey Library. 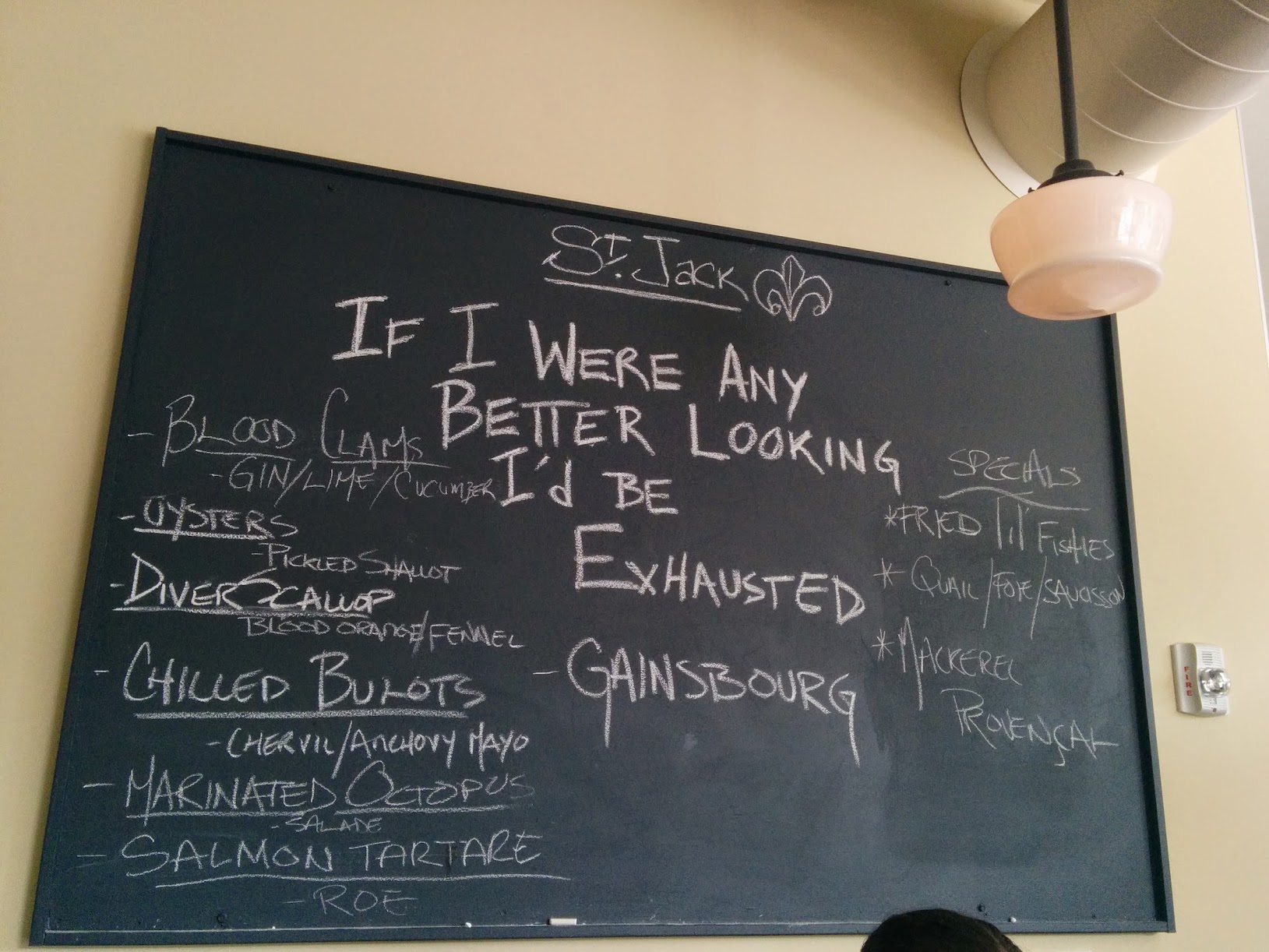 There are a few spots that are a bit farther afield, but are highly recommended as well. Expatriate is warm and cozy like the sound of vinyl, offering southeast Asian food to go along with awesome cocktails and a great music collection. Tanuki offers a great izakaya experience, with Japanese food as bawdy as the owner. And in the same way that visitors to Austin wait in line for barbecue, visitors to Portland tend to do the same for its two venerated spots: Apizza Scholls for pizza, and Pok Pok for Thai.

Veterans of Portland Cocktail Week know them by heart, newcomers know them by reputation. The area surrounding the Jupiter Hotel forms the spiritual core of one's visit. The Doug Fir Lounge is a great place to get breakfast, coffee and a bloody mary to start the day. Sandwiches from Bunk Sandwiches or Michael's Italian Beef are great for lunch if you're still in the area. Dinner at Le Pigeon can offer an elegant respite from the crowds, though it's far from stuffy. For late night grub, there's Biwa with great skewers and ramen. Or you can just close out your night with everyone else you know and love at Rum Club, unless of course they're at Sassy's or Union Jack's.

Portland is a great service-industry town, and even after many trips to Portland, many attendees of Portland Cocktail Week barely scratch the surface. This guide is far from complete, but it's a pretty good start. Here's a link to a Google map of more spots to visit: lush.la/map2pdx 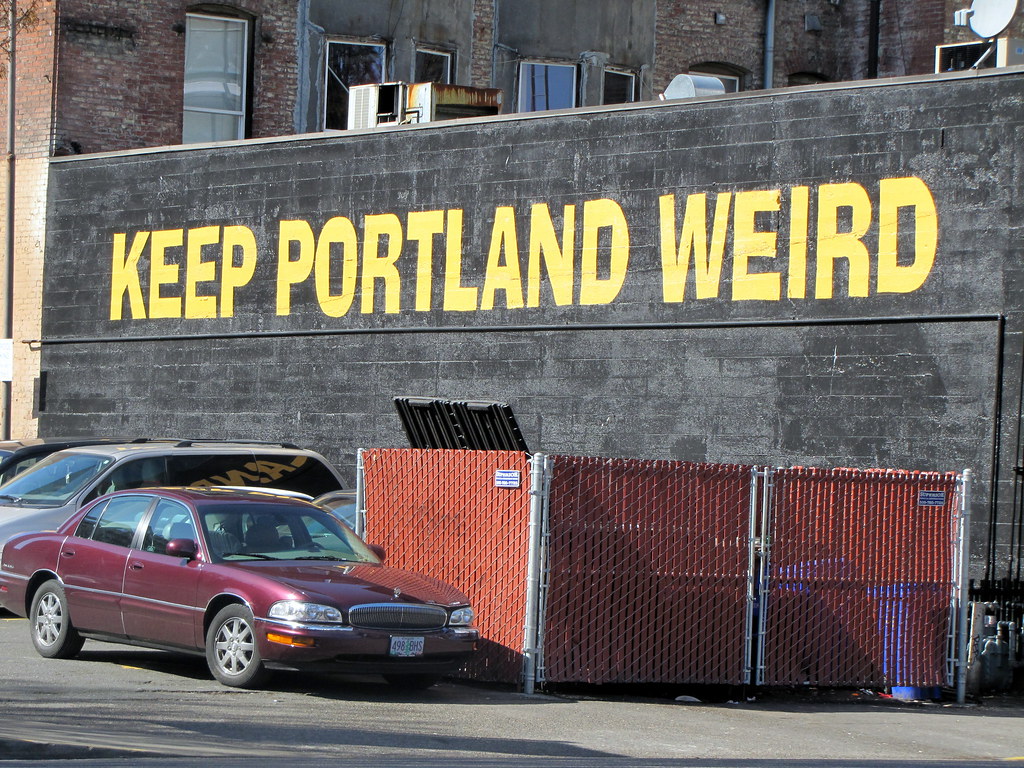